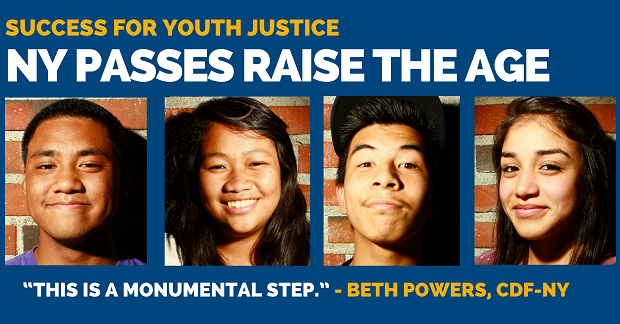 October 1, 2018 – Today, one of the most significant changes in New York state’s justice system will take effect. Beginning Oct. 1, 16-year-old teenagers will no longer automatically be processed in the adult criminal justice system. The majority of adolescents will be considered juveniles, under the jurisdiction of the Family Court. (Youths age 17 will join them next year.)

The new law, called Raise the Age, was signed into law in 2017 and counties were given one year to prepare for these changes. Prior to Raise the Age, New York state was one of but two states in the country that processed 16- and 17-year-old teenagers in adult courts, detained them in adult jails and, if found guilty, burdened with them with adult convictions that affect the rest of their lives. This old system failed young people and their families without any benefit to our public safety.

The RTA law changes all of that. As soon as an adolescent is arrested, his or her parent will be notified, and any questioning that might take place with police will be limited to age-appropriate settings and lengths of time. Young people who formerly would have been charged with misdemeanors in the adult criminal court will instead have their cases handled in Family Court, with access to the probation “adjustment” process that diverts appropriate cases from court, and a confidential, rehabilitative approach for cases that remain in front of the judge. Adolescents charged with non-violent felonies will begin in a newly formed “Youth Part” in the adult criminal court system, presided over by a family court judge. Unless “extraordinary circumstances” are found, those cases will also be transferred to Family Court. Some youth charged with violent felonies can also be transferred to the Family Court, while most of those cases that remain will be heard by a Family Court judge presiding in the new Youth Part of criminal court. When the law is fully implemented, the state Division of Criminal Justice Services estimates that there will be between 350 and 500 arrests of 16- and 17-year-olds, the majority of which will be for misdemeanors.

Onondaga County is probably better prepared than most counties in the state to take on this long-awaited change. The county has spent months preparing for RTA implementation, with coordinated planning among judges, attorneys, probation and community-based service providers who work with youth and families every day.

Oct. 1, 2018, is only the beginning of this reform. Community engagement and vigilance will be needed to make sure our county gets the resources and funding it needs that has been promised by the state. RTA authorizes 100 percent state reimbursement to counties for RTA-related costs such as detention, probation, placement and aftercare. Community engagement will help to ensure that attorneys representing the youth are well-trained, that prosecutors pursue “extraordinary circumstances” to prevent young people’s cases from being transferred to Family Court only in extremely rare and exceptional situations, and in ways that honor the intent of the RTA law. It is critically important to collect data to see how the reform is implemented so that we can make improvements if needed.

Oct. 1 is a moment for celebration for the many who have championed this important reform. But it is also just the beginning of the hard work needed to ensure that the reform achieves better outcomes for our young people and our community.

Marsha Weissman, of Syracuse, is senior policy fellow at the Center for Community Alternatives, and an adjunct professor of Sociology at Syracuse University. Julia Davis, of New York, is director of youth justice and child welfare at the Children’s Defense Fund-New York. CDF-NY co-led the Raise the Age-New York Campaign. 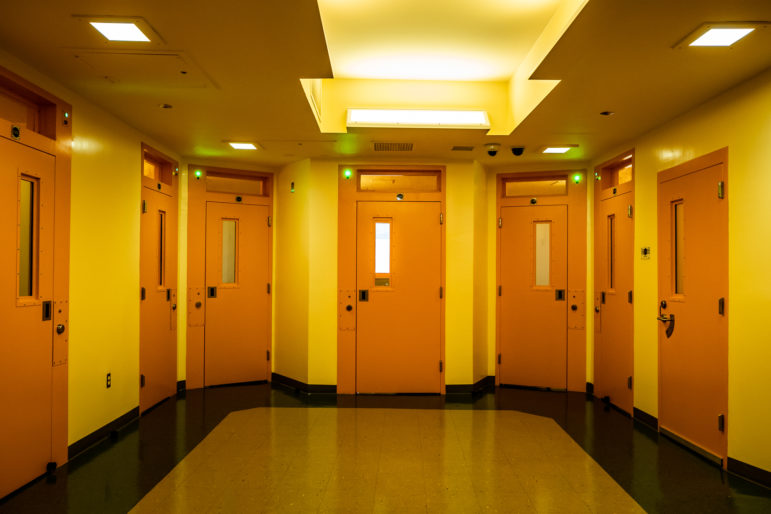 The Kids are Leaving Rikers. Is it Really a New Day for Juvenile Justice in NYC?