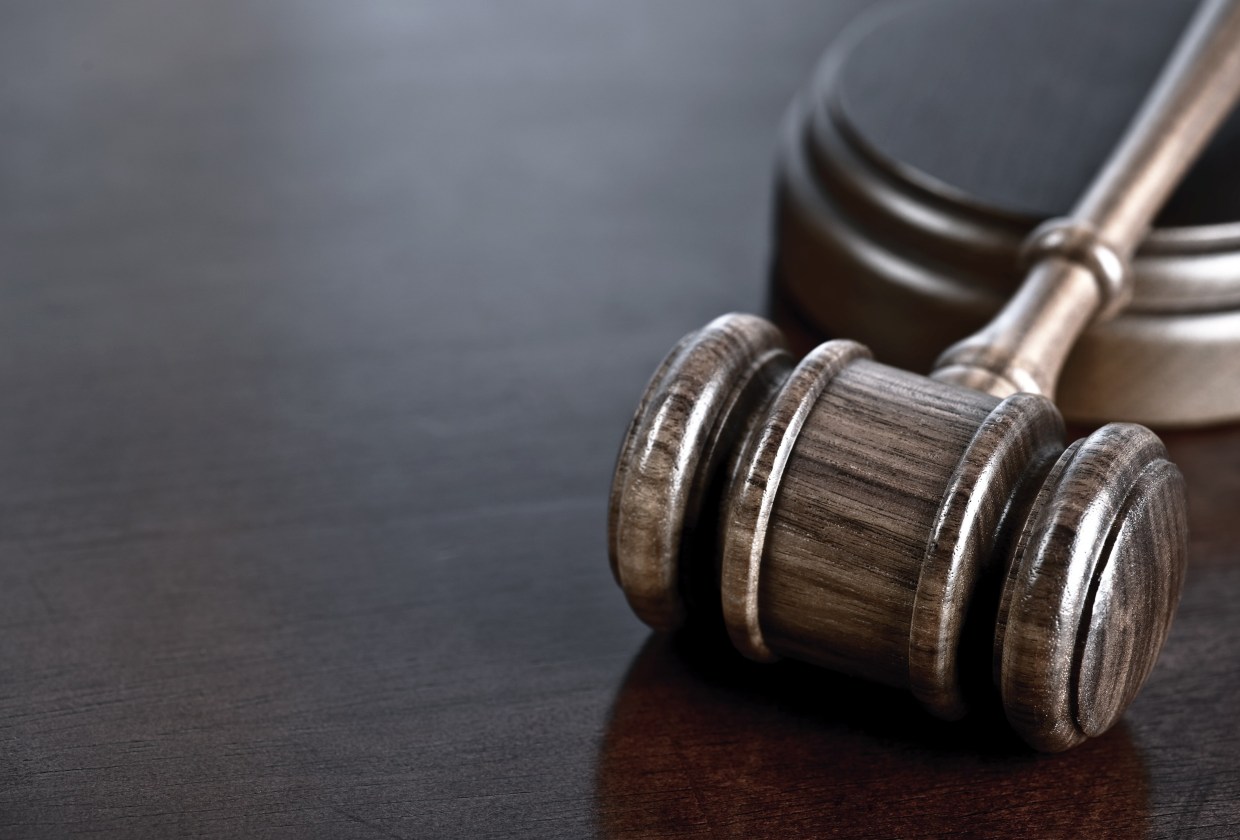 September 25, 2019 – TOMPKINS COUNTY, N.Y. – When defense attorney Michael Perehinec’s 16-year-old client was arrested in Tompkins County last spring, the judge at his arraignment decided to place him in state custody. The client faced violent felony charges, making it difficult, Perehinec said, to argue that he should be immediately released and supervised within the community before a trial.

If his trial had been held two years earlier, the young man would have been sent to the county jail where adults are held — a practice that juvenile justice advocates have long argued endangers the safety of young people and does little to promote rehabilitation.

However, since New York’s Raise the Age law passed in October 2018, defendants aged 16 and under are required to be placed in juvenile facilities. (In October 2019 the law will be applied to 17-year-olds.)

But the law still did not quite match up to New York State realities.

The scarcity of juvenile facilities certified by the state to house 16- and 17-year-olds accused of serious felonies has led to unintended consequences.

So Perehinec’s 16-year-old client would be shuffled between three youth detention facilities spread more than 100 miles apart across upstate.

He’s not an isolated case. In the past decade, over a dozen states have raised the age of eligibility for the adult justice system. But in the 55 counties without an approved facility, a judge’s placement can land a youth far from home.

After his arraignment in the Youth Part of the Tompkins County Court, Perehinec’s client was driven to the Hillbrook Secure Juvenile Detention facility near Syracuse, about an hour and 15 minutes away. Two days later, a deputy drove him almost three hours west to the Buffalo area, so Hillbrook could make space for a teen from within the county. A week after that, he was transferred to Rochester, landing in his third “specialized secure detention” facility. It’s two hours from the courthouse where his case is being heard.

“For a kid who might be struggling, who might feel very alone, to be shuffled around and feel like they’re second class, I was very disappointed,” Perehinec said.

Specialized secure detention is the state’s new category of juvenile justice facility for older teens who are accused of serious felonies and are awaiting trial, or who are sentenced to less than one year of incarceration. The defendants and offenders sent to these higher-security facilities typically would have landed in city or county jails prior to Raise the Age. SSDs offer a less restrictive setting and expanded youth services compared to adult jails, but just seven of the sites have been approved statewide.

In addition to making it difficult for family and service providers to visit, the distance creates challenges for defense attorneys like Perehinec who need to build rapport with their clients in order to advocate on their behalf.

“It makes it onerous on defense attorneys,” Perehinec said. “You want to have a personal relationship with these kids. You want to make sure they trust you and know you’re looking out for their best interest.”

In most cases since Raise the Age went into effect, judges have not placed teens in state custody pre-trial. As of July 31, there were 71 teens in SSDs according to the Office of Children and Family Services, with 237 SSD beds available statewide.

The Tompkins County District Attorney, Matthew Van Houten, who said he supports the goal of separating teen offenders from adults, said he knows that adolescents who are being sent to detention facilities might not be placed in the nearest county. When deciding whether to advocate for a placement, though, he said he has to consider similar criteria to any bail hearing: “Are they a flight risk? Is there an appropriate place in the community for them to go?”

As states across the U.S. have moved teens out of the adult justice system, dozens of higher-security regional youth prisons have closed in favor of community-based alternatives closer to offenders’ homes. Before the state raised the age, it closed nearly two dozen juvenile upstate facilities, many of which were housing teens from New York City.

“The idea was really to ensure that young people are in their community, that their families are more readily available to visit them,” Gladys Carrión, the commissioner of the state Office of Children and Families who oversaw the controversial closures, told the New York Daily News in 2012. “There is a lot of transition planning for re-entry into the community.”

Julia Davis, a reform advocate and director of youth justice and child welfare for the Children’s Defense Fund – New York, said shrinking the juvenile justice system is a good thing, but comes with trade-offs for older teens placed in state custody.

“What happens when we remove kids from the adult system? It’s good for them to not be in adult jails, but they’re going into a system that’s by definition smaller,” Davis said in an interview. “In order to be in safe settings that keep them free from the types of physical and sexual violence that they’re at risk for in adult settings, they have to be in a juvenile facility, and because the state’s youth justice system has been thankfully shrinking, there are just fewer of those facilities.”

But, she added, “that’s not to diminish challenges that attorneys and family members face when they have to visit young people in these facilities.”

Nora Christenson, who serves as the Raise the Age liaison at the state’s Office For Indigent Legal Services, said adult facilities are detrimental to kids but that it’s important to enable communication between young defendants and their attorneys. “You need to know what’s going on with a kid and establish their trust, build a good relationship with them, to be able to determine how best to advocate for them,” she said.

Some counties are considering creating the new, more secure youth facilities to keep kids closer to home. The Juvenile Detention Center in Nassau County has applied for approval to house adolescent offenders; as of August, no SSD facilities have been approved on Long Island, according to OCFS. A 10-county consortium in Central New York is studying the feasibility of creating a facility in Steuben County, which borders Pennsylvania. These efforts are driven in part by the cost and inconvenience of transporting adolescent offenders between far-flung detention sites and county courthouses.

But Christenson and Davis both questioned the notion that new facilities are needed.

“First and foremost, we should be finding the least restrictive means to ensure that a youth returns to court,” Christenson said, “which typically would mean not incarcerating them unless it’s absolutely necessary.”

Likewise, Davis said counties need to expand alternatives to incarceration to avoid the need for secure placements. If counties develop a continuum of services, she said, “the judges are really choosing between opportunities to keep kids in communities with programming and supervision, and not sending them far from home to specialized secure detention.”

According to the Office of Court Administration, some judges are unhappy with their county’s available detention alternatives.

“New York is a very diverse state with 62 counties, each locality handling judicial issues as appropriate to their populations. In New York City many of the judges have reported being very pleased with the array of resources available for the new Raise the Age programming, particularly for young people appearing in the Youth Parts, where there weren’t as many program services in the past,” an OCA spokesperson said via email. “In other areas, judges report concerns about insufficient community options for youth who are charged with more violent offenses.”

Tompkins County’s Raise the Age plan budgeted for increased electronic ankle monitoring and an interactive journaling program. The county Probation Director Patricia Buechel said they have been able to handle the limited Raise the Age caseload so far without adding staff or new programs and will wait to see how demand for services increases when 17-year-olds are included.

“In many counties, they did start new programming, but in Tompkins County, we decided to wait and see what the numbers are going to be before expanding programs,” Buechel said, adding, “We’re a pretty rich community in terms of the services we have, we’re lucky.”

Davis said it makes sense for counties to invest in alternatives to incarceration and rehabilitative programs that can serve a broad population, rather than narrowly focusing on adolescent offenders.

In the meantime, as attorneys like Perehinec work on the ground to navigate Raise the Age they are struggling to reach young clients who are held hours away. Perehinec declined to offer an opinion as to whether new youth facilities or community programs are needed, but said he hopes the current system can be improved to provide kids with more stability. He said he has had to explain to his client that he’s not a second-class citizen, that he’s a human being who matters. “Even if it’s in a detention facility, at least they should be able to put down roots.” 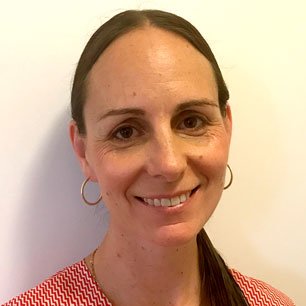 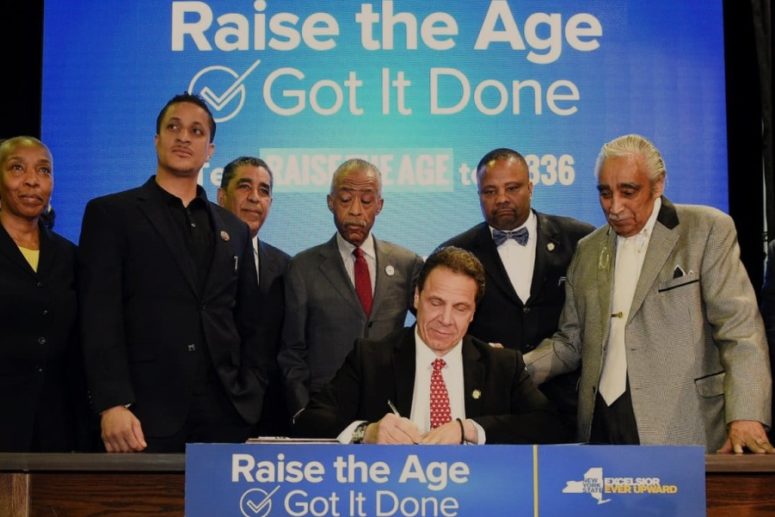 Tompkins is an 'anchor' county