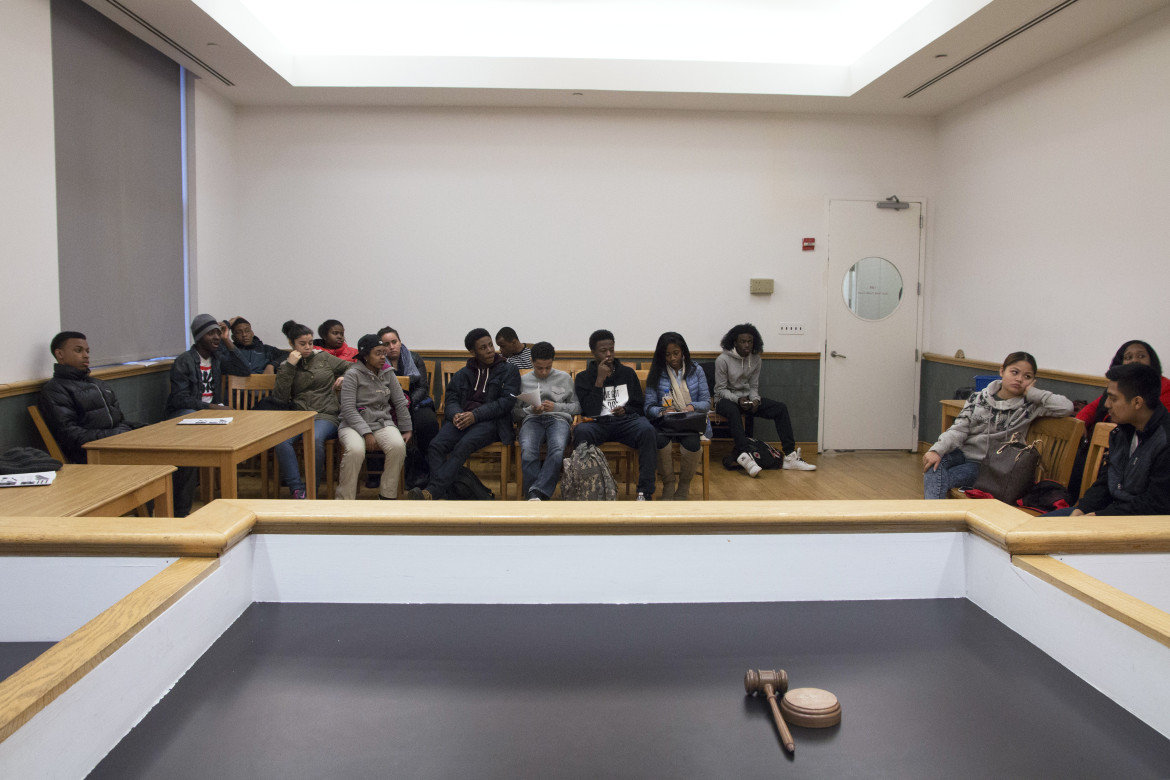 January 23, 2019 – Four days after New York’s new Raise the Age law began to be implemented in October, I was fortunate to be invited to observe the Youth Part in Brooklyn. The Youth Part is a hybrid court that was created to address 16- and 17-year-olds charged with felonies. Before raise the age, they had their cases heard in adult superior court. The Youth Part remains in adult criminal court, but is overseen by a trained judge who has family court jurisdiction. District attorneys have the discretion to transfer felonies back to family court if certain conditions are met.

Upon entering the courtroom, what was immediately apparent was that the many court actors were collaborating and working through technical issues that are never outlined in major legislative reforms — questions about where case files were and where they go, how to most efficiently and safely transport youth and explaining the law to families who are impacted — came up in the few hours I was able to observe. As stakeholders problem-solved these details, what was apparent is that the spirit of the law was very present in court that day.

The conversations, whether by probation, defense attorneys, prosecutors or court personnel, centered around the presumption that the vast majority of cases return to family court. I observed one felony case get transferred back to family court (the exact charges were unknown to me as an observer). Even in the face of a young teen charged with homicide, court actors agreed his case should start in the Youth Part. The seriousness of this charge requires this youth (despite being 14) to remain in criminal court, a statute that was not addressed by the raise the age legislation.

What was most striking was how few cases were actually brought to the Youth Part. Over the first four days of raise the age, only six cases had been heard in the Youth Part where I observed; the busiest borough of New York. Since New York has a presumption against detention, many youth arrests are adjusted before they even formally touch the court. This aligns with best practices to keep youth with low or moderate risk charges out of the court process entirely. It also aligns with what advocates of this law have long held — the vast majority of 16- and 17-year-olds are arrested with minor, low-level crimes.

While the media focused on scuffles that were breaking out at Horizon Juvenile Center in October as the Administration for Children’s Services and the Department of Corrections worked through long-anticipated cultural and crowding issues, overall there was good progress being made on this law. New York has faced major reforms previously, with similar challenges, when they implemented the Closer to Home program. Yet, despite the early hiccups in that law, it has been tremendously successful, reducing youth incarceration in the city from 800 to 100, and building up community-based alternatives — approaches that are more successful at a fraction of the cost; all of this accomplished with no increases in crime.

Those monitoring the law have a duty to ensure that they keep their eyes on the prize. In a reform that will impact 25,000 young people a year, there are bound to be challenges. As other states that have already made this change have demonstrated, there will need to be legislative fixes to adjust or clarify the law, resource reallocation to ensure that youth get supports and services they need to be successful in their communities, and continued training and collaboration among stakeholders.

Just as important to note is that the five other states that already implemented this law (Connecticut, Illinois, Massachusetts, Mississippi and New Hampshire) have not turned back; in fact most have advanced additional changes to bring more youth back under juvenile court jurisdiction. Raise the Age law is sound public policy, and we must be willing to celebrate what is going well while we address problems that arise. Our children’s future requires us to do so.
_____

Marcy Mistrett is CEO of the Campaign for Youth Justice, a national advocacy organization, and co-chair of the Act-4-Juvenile Justice Coalition. 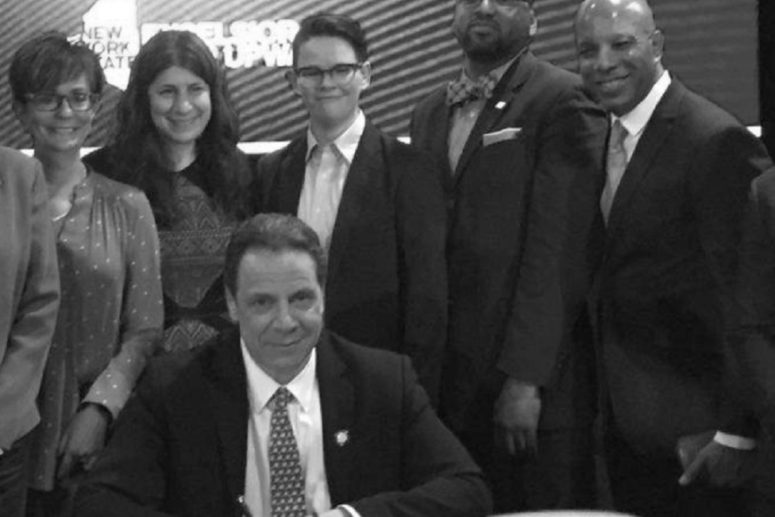 Response to the Governor's 2020 Executive Budget