Raise The Age Moves All Young Teenagers Off Rikers Island

October 1, 2018 – As of Monday, all 16- and 17-year-olds have been moved out of facilities on Rikers Island as part of the state’s Raise the Age legislation, which makes 18 the age of adult criminal responsibility.

While 16-year-olds will be treated as juveniles in Family Court, 17-year-olds will continue to be charged as adults until October 1, 2019. Before the law was passed in 2017, only New York and North Carolina treated young teens like adults in the eyes of the law.

All of the nearly 100 teenagers under the age of 18 on Rikers were transferred to the Horizon Juvenile Detention Center in the South Bronx, according to the Legal Aid Society and a release from the City. In the future, 16- and 17-year-olds charged with serious crimes will be sent to Horizon, while those charged with less series crimes will be sent to Crossroads Juvenile Center in Brownsville, Brooklyn.

Both facilities are operated by the City’s Administration for Children’s Services, (ACS), but Horizon will continue to be staffed and run jointly with the City’s Department of Correction; unions for the Correction Officers had sued to prevent this from happening, but last month a judge ruled that the 300 Correction Officers and 200 ACS employees had to show up to work.

“While Raise the Age is critical reform for New York’s criminal justice system, I have serious concerns that the city’s use of DOC staff in juvenile correction facilities will fundamentally undermine [the] goals and spirit of this landmark legislation,” Queens Councilmember Rory Lancman said in a statement. “Officers trained in adult jails should not be supervising kids.” (Lancman is running to unseat Queens DA Richard Brown in 2019.)

Teens under 18 charged with misdemeanors and non-violent felonies (barring “extraordinary circumstances”) will be referred to family court as juveniles; those charged with violent felonies will also be referred to family court, unless their case involves a weapon, serious injuries, or a sex offense, in which case they will be tried in a “youth part” of regular criminal court.

Some criminal justice advocates argue that these exemptions amount to “loopholes,” and that due to a lack of facilities outside of New York City, it’s unclear where these young teenagers will be tried or held.

“If incarcerated, unlike in any other state, these youth will go to facilities run jointly by adult and juvenile corrections personnel—facilities that do not currently exist and are particularly difficult for small counties to create,” Vincent Schiraldi, the co-director of the Columbia University Justice Lab and the former New York City Probation commissioner, writes in the Daily News. “This approach counteracts the intended goal of raising the age of criminal responsibility in the first place—namely, to treat youth like youth.”

This article originally ran in Gothamist. 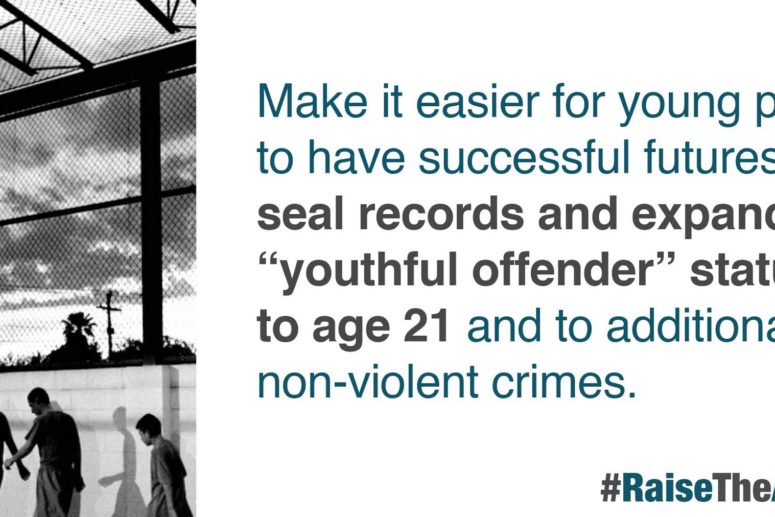 What is the new sealing law?